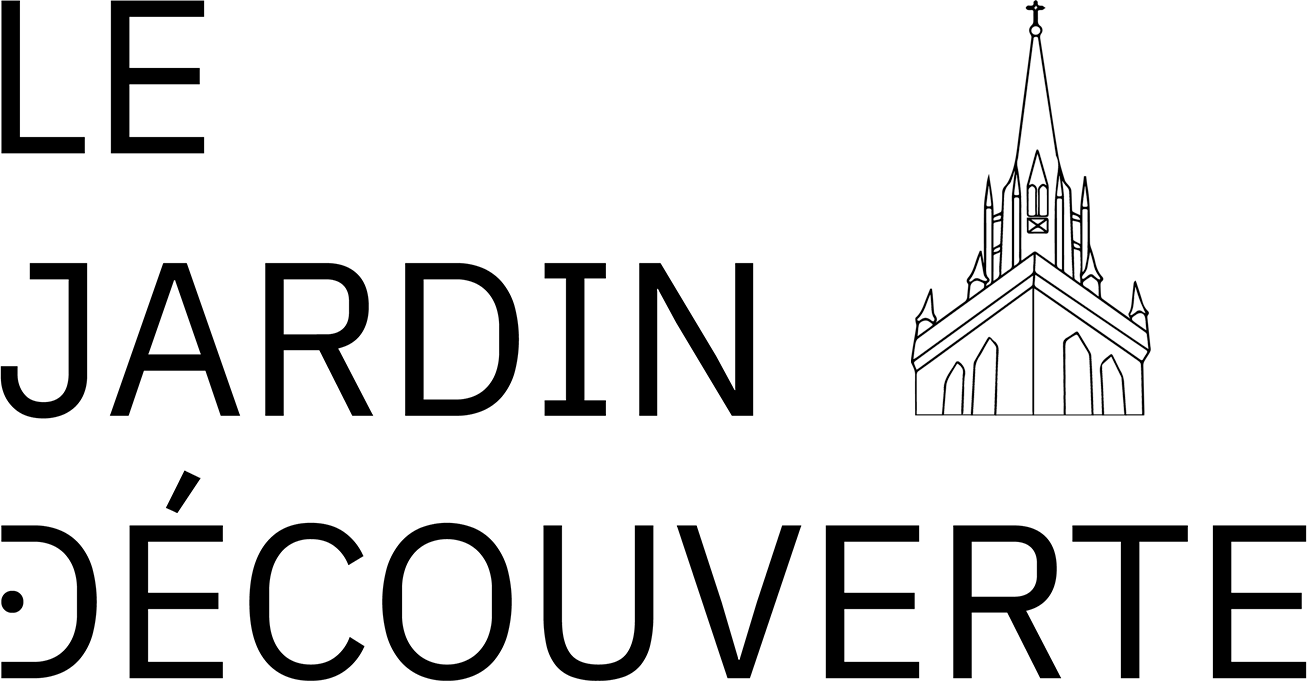 Welcome to Conches-en-Ouche, in the heart of Normandy. A small Normandy village, famous for its equestrian center. Every year it sees the graduating classes of students who have passed the “Horse” baccalaureate.
The Jardin Découverte is a group of small independent houses and rooms of a main house, rented with hotel services. They can be rented by the day, just like a hotel. The whole site is a magnificent garden planted with trees, a true haven of peace, yet located in the heart of the village. You can laze under the trees, lulled by the singing of the birds.

The village is made up of typical Norman houses that line the paths leading to the arborétum and its Norman museum. From the Jardin Découverte, you can easily access the footpaths through lakes, forests and rivers teeming with trout.

The 16 m² Orange Room and the White Room are located on the first floor. It offers two large windows, a double bed, an antique parquet floor, a small desk, an armchair, a flat screen TV, large cupboards, a bathroom with shower.

The 25 m² Brown Room is located in the Bourgeoise House. It offers 3 large windows, a double bed, an antique parquet floor, a small desk, an internet connection, an armchair, a flat screen TV, large cupboards, a bathroom with shower.

You can enjoy more space if you choose to book a suite, which can accommodate up to 4 people.
NB: The rate per night for up to 2 guests amounts to 190€, and rises to 240€ from 3 guests.
The suites are located in the Bourgeoise house at the first or second floor.
Each suite features a main room with a double bed, and another room with a hotel-quality double sofa-bed.
All suites have the same layout than other rooms.

A little independent house is also offered on the same location.
The first floor of the house features a bedroom with a double queen-size bed, a TV set and a small lounge.
The ground floor features an independent bathroom with a tub, as well as another bedroom with a queen size bed (140cm).
The Brick House faces the garden.
The rate differs depending on the number of guests, and rises to 240€ from 3 people.

IN THE HEART OF NATURE

Set in a 2,000 m² park, Le Jardin Découverte offers elegant rooms and houses with views and access to the communal terrace and garden. Discover the lovely landscaped garden bordered by small old buildings with half-timbered walls or warm-coloured plaster.

Close to the town of Evreux (20 mn by car) and directly accessible by train from the Saint-Lazare station in Paris (1h40), the bucolic village of Conches-en-Ouches offers, in a short time, a striking break from the city hustle and bustle.

The dungeon and church, dating back to the Middle Ages, along with the numerous old buildings of the streets, give the village an undeniable charm, unique to Normandy.

Conches, at the eastern end of the Pays d’Ouche, keeps traces of the Gallo-Roman occupation (the road from Chartres to Lillebonne, entrenchments in the forest, etc…), its coat of arms: “Gold with a band of Blue Azur charged with three shells of Silver” fascinates scholars. Do they allude to the shape of its valley, or to the abundance of shells in its ponds, or even better to the memory of Conques, in Aveyron, visited by one of Tosny’s first sons back from Spain?

Still, Conches made its entry into history after the Norman Conquest. Roger I went to war in Spain, founded the Abbey of Chastillon-les-Conches and, abandoning his first fortress near the sources of the Rouloir, built the present keep. His son Raoul II took part in the conquest of England and received vast estates there. Raoul III, on returning from a pilgrimage to Spain, visited Conques and brought back a relic of Sainte Foy, who became the patron saint of the church he had built. Dugueslin, who defeated his troops at Cocherel (1364), took the fortified town after a long siege and remained Count of Conches until his death.
The town grew thereafter, its trade prospered, renowned were its ironwork items such as the products of the Forges du Vieux Conches. The Dukes of Bouillon obtained the concession to float wood from the forest via the Rouloir and the Iton to Rouen; a lot was built around the middle of the 18th century.

In 1844, the construction of the Paris-Cherbourg railway transformed the economic and social life of the city. Once again, with the progress of machinery, the Forges du Vieux Conches experienced an era of prosperity. They produced artistic firebacks and the central arrow of Rouen Cathedral came out of their workshops. Conches was also home to the famous Normandy dairy industry, being the seat of the manufacture of the BRIDEL camembert.
Today Conches is a peaceful city of 5,000 inhabitants where it’s good to live and walk around… 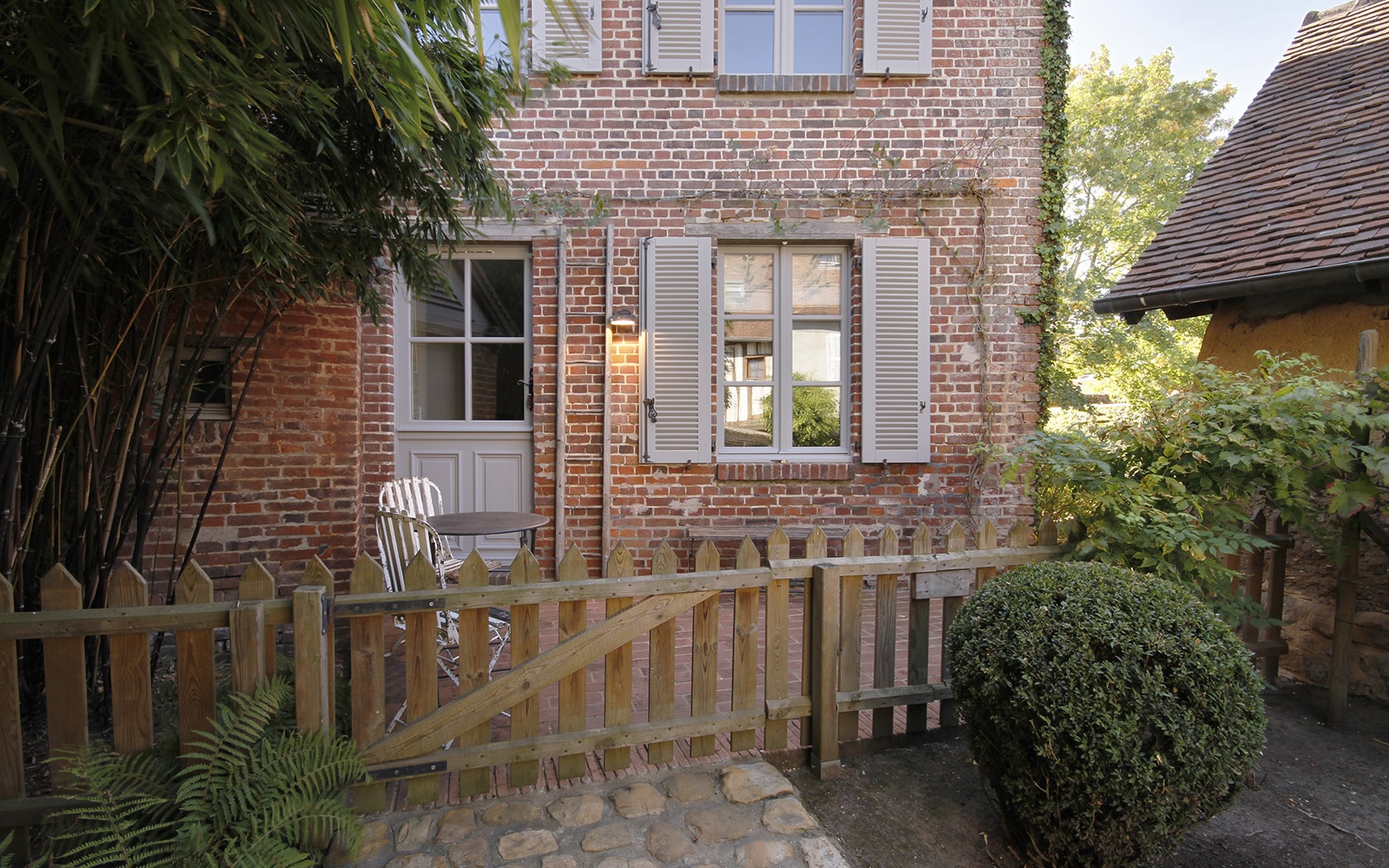 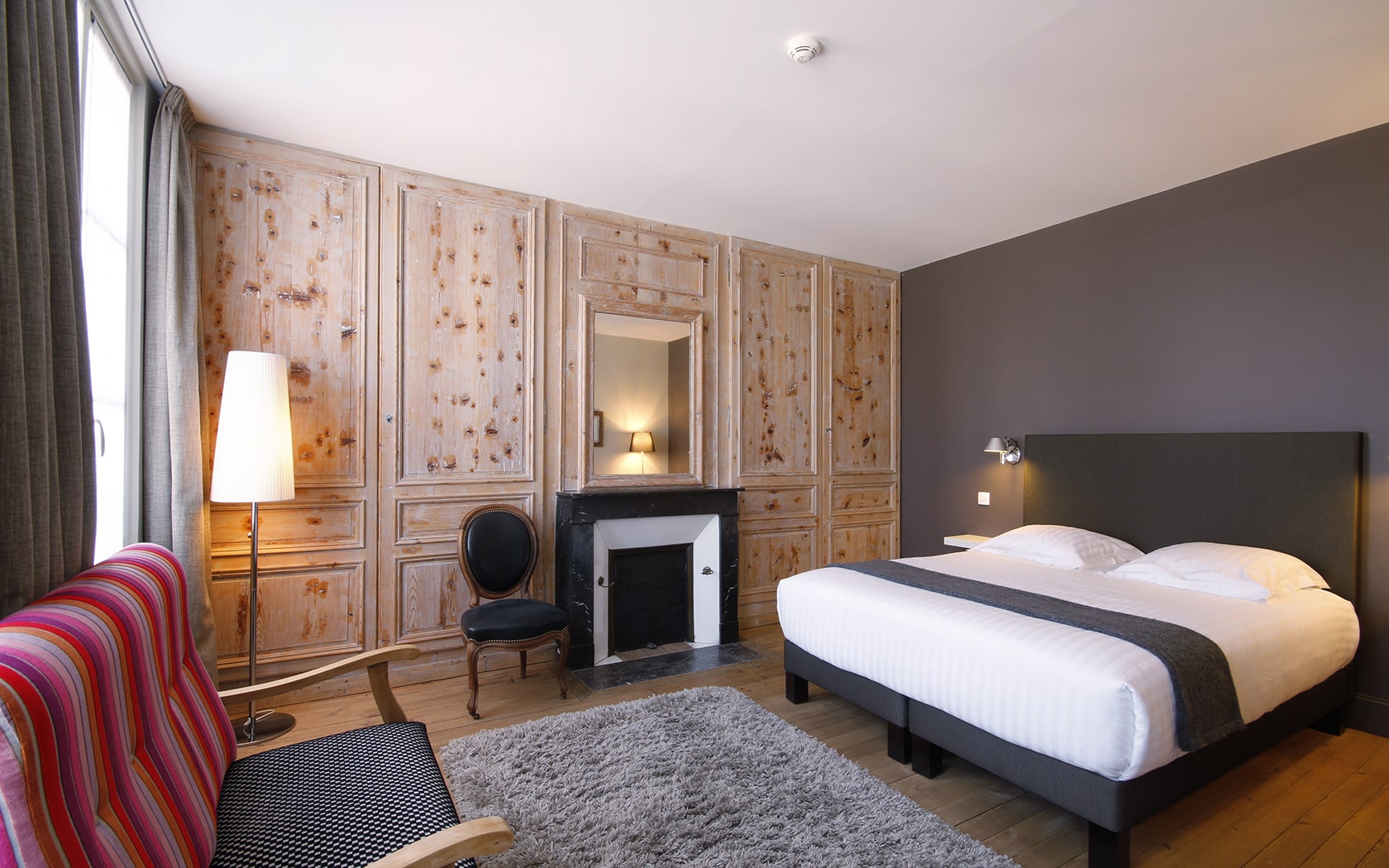 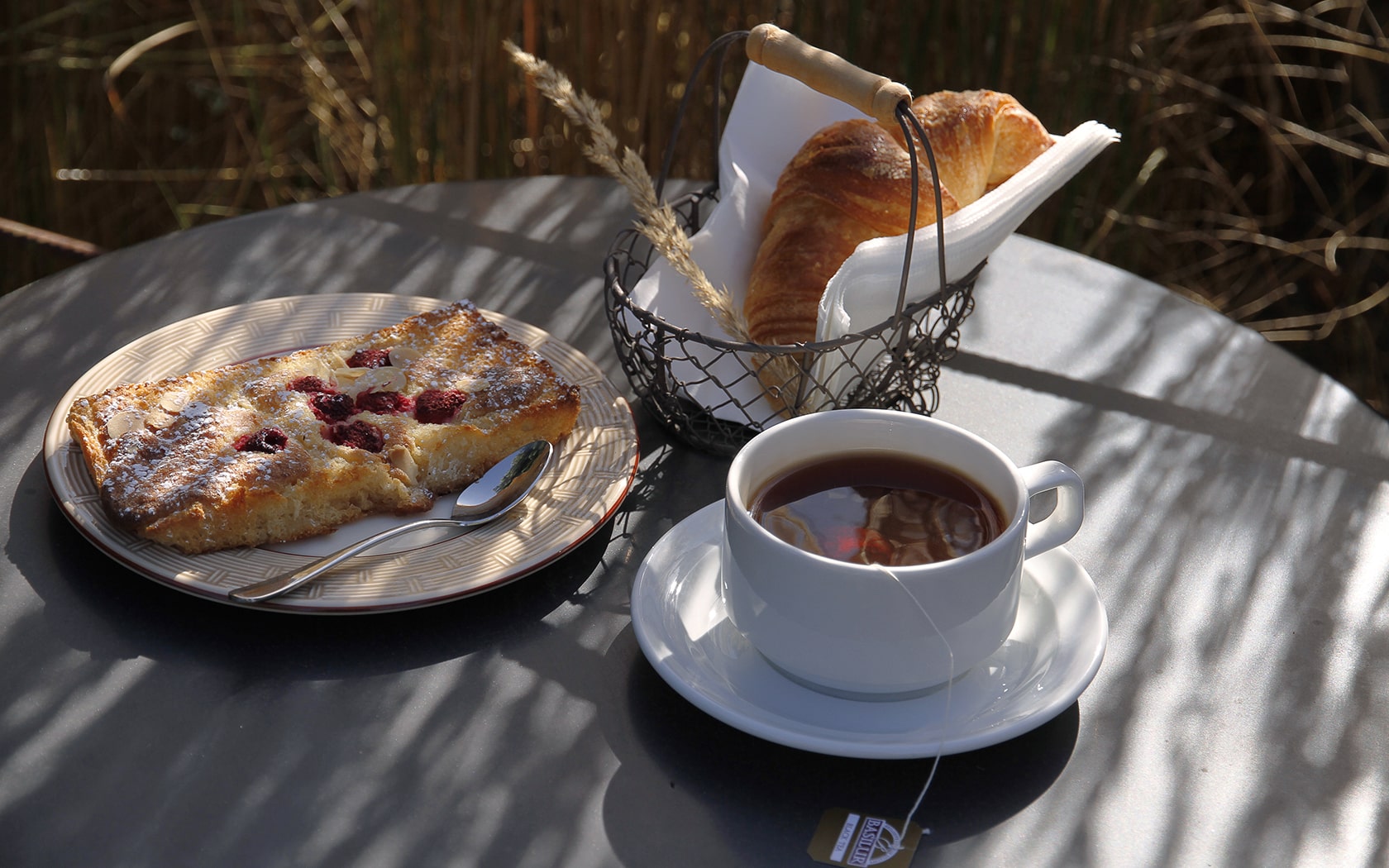 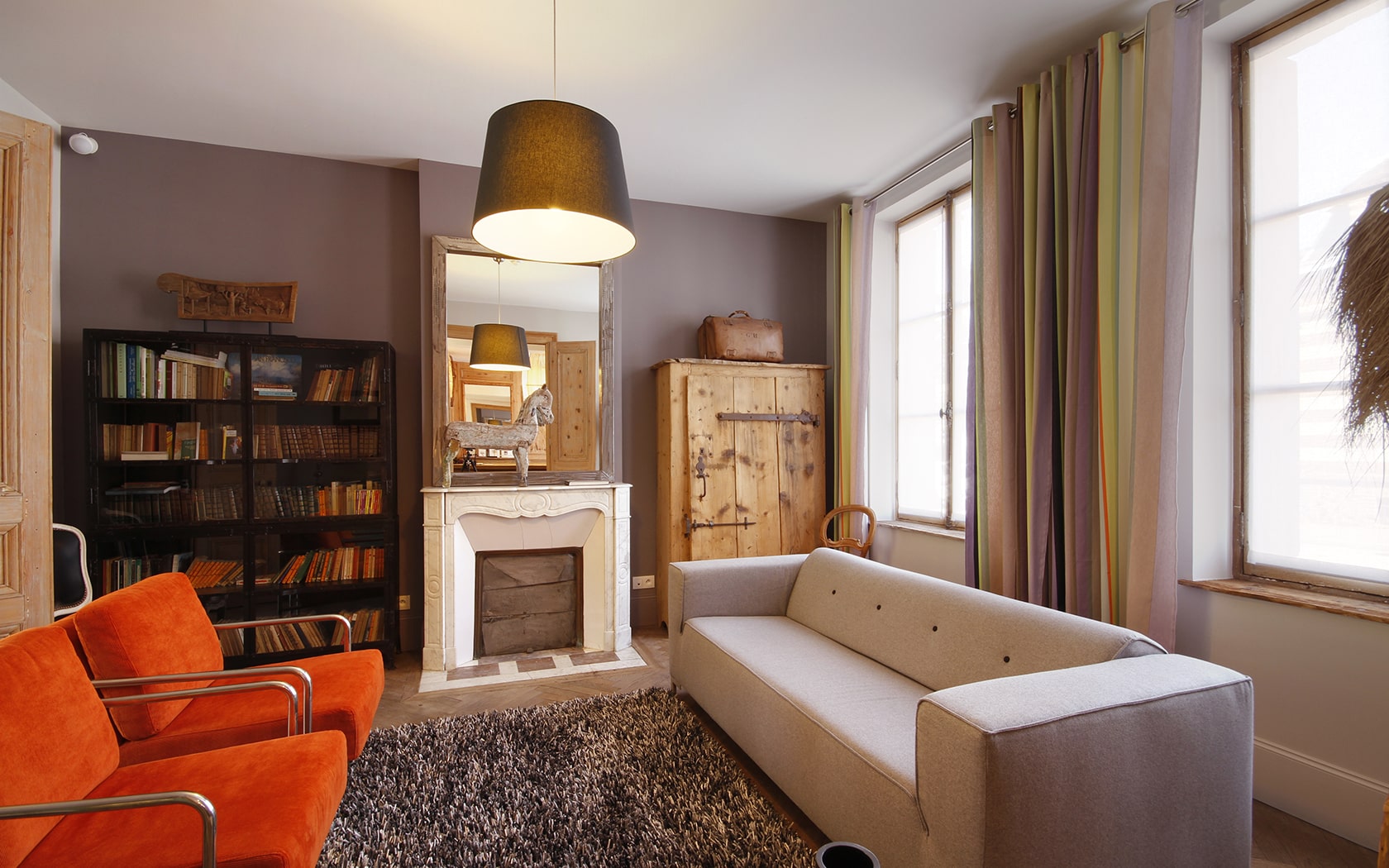 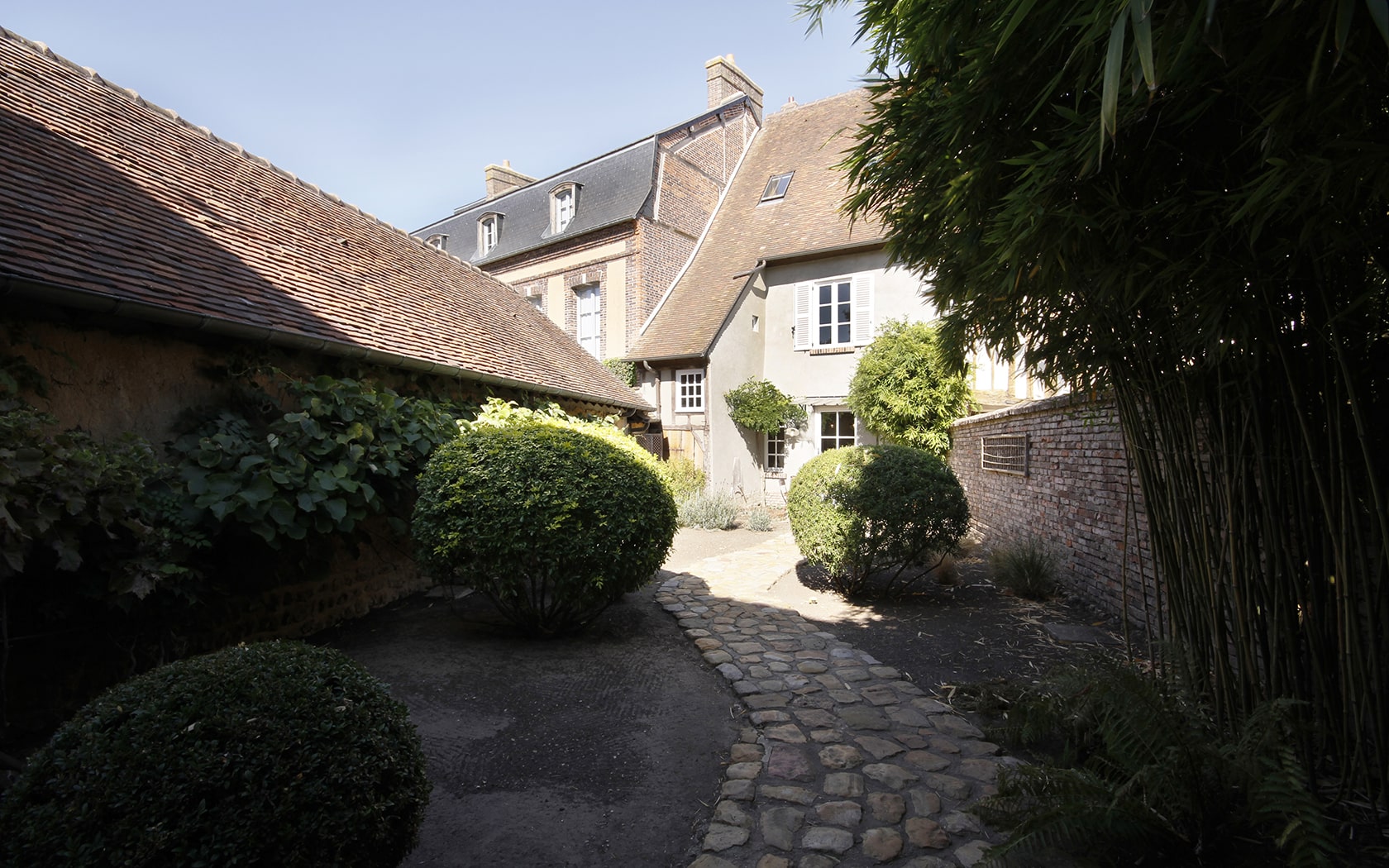 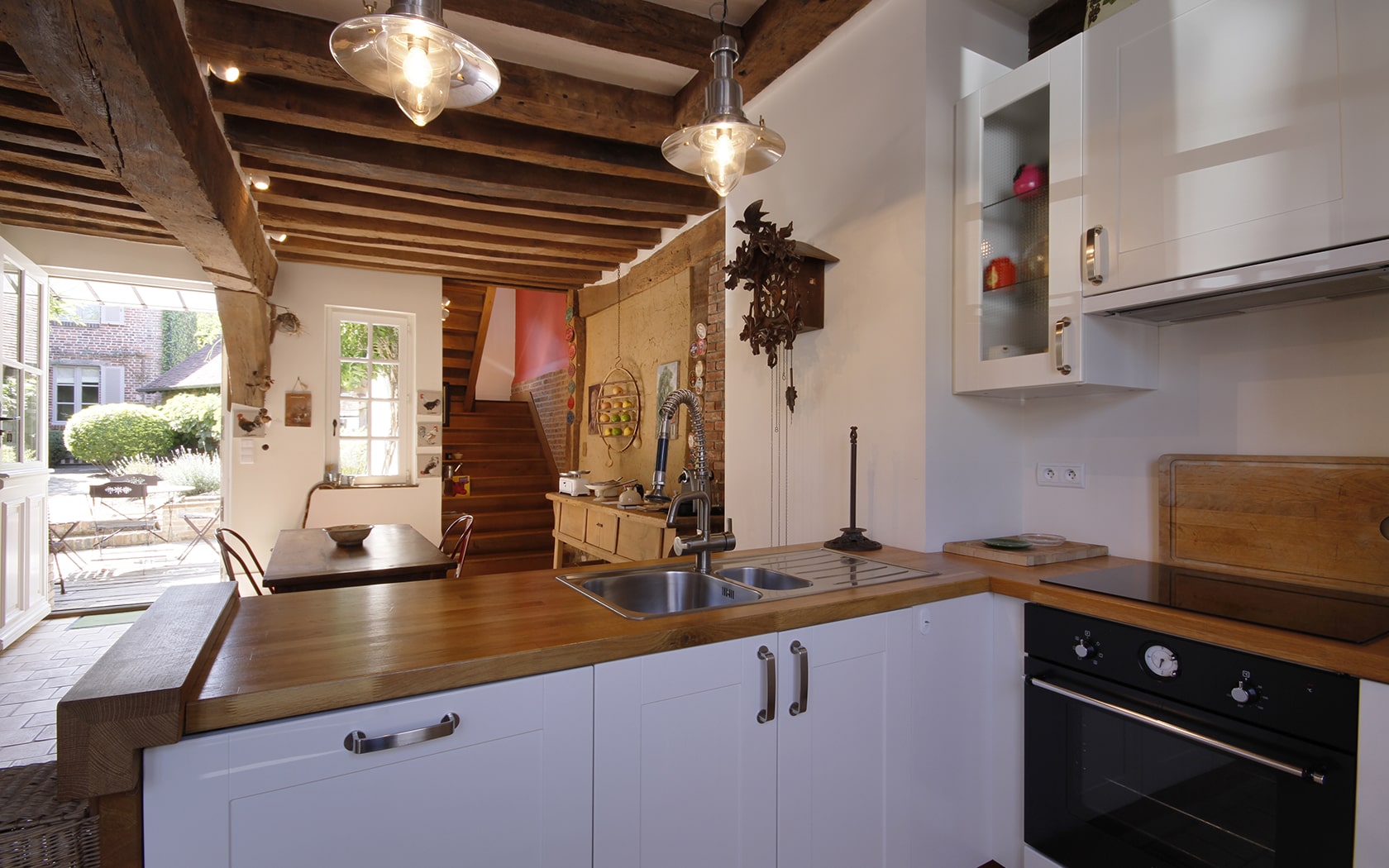 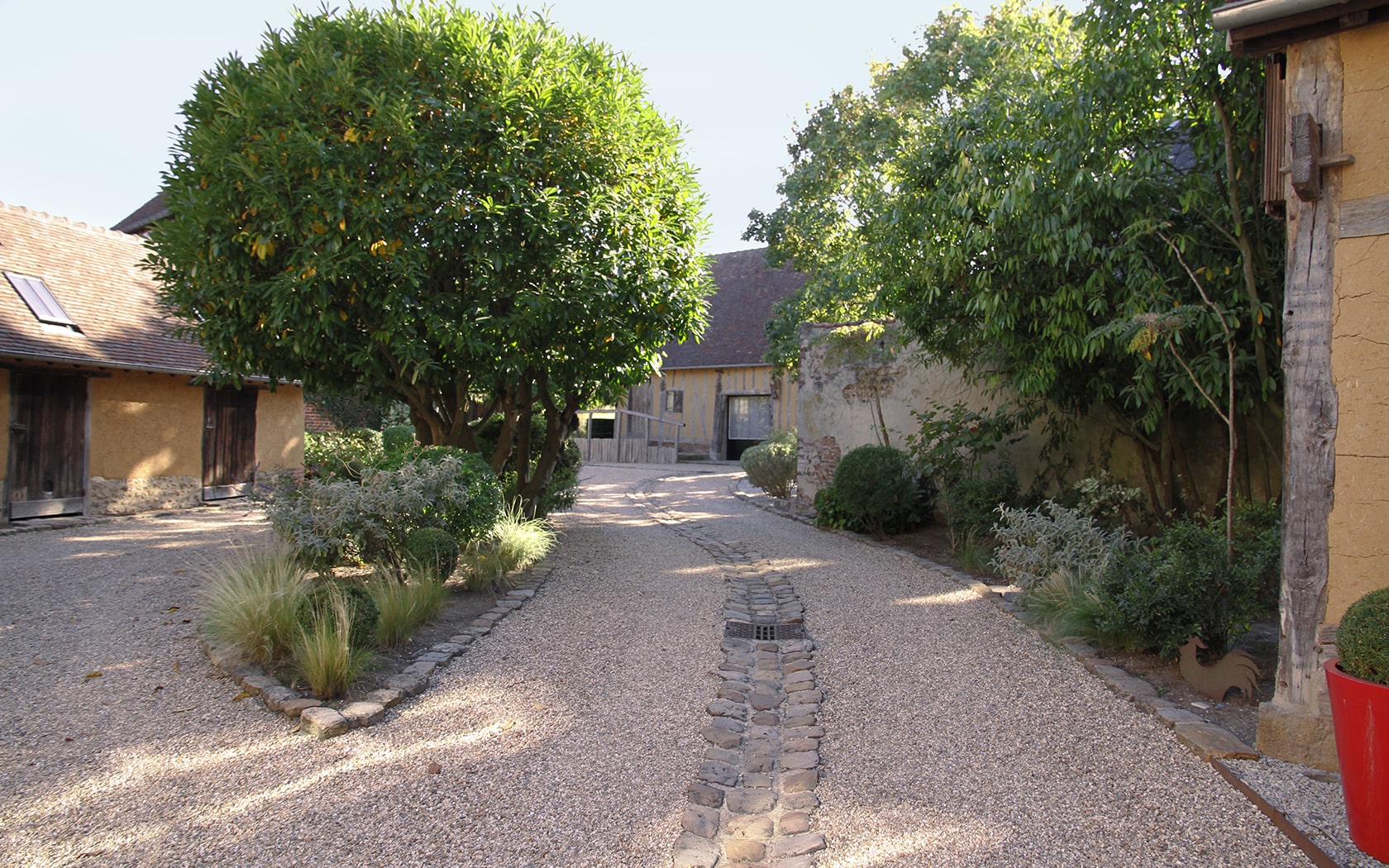 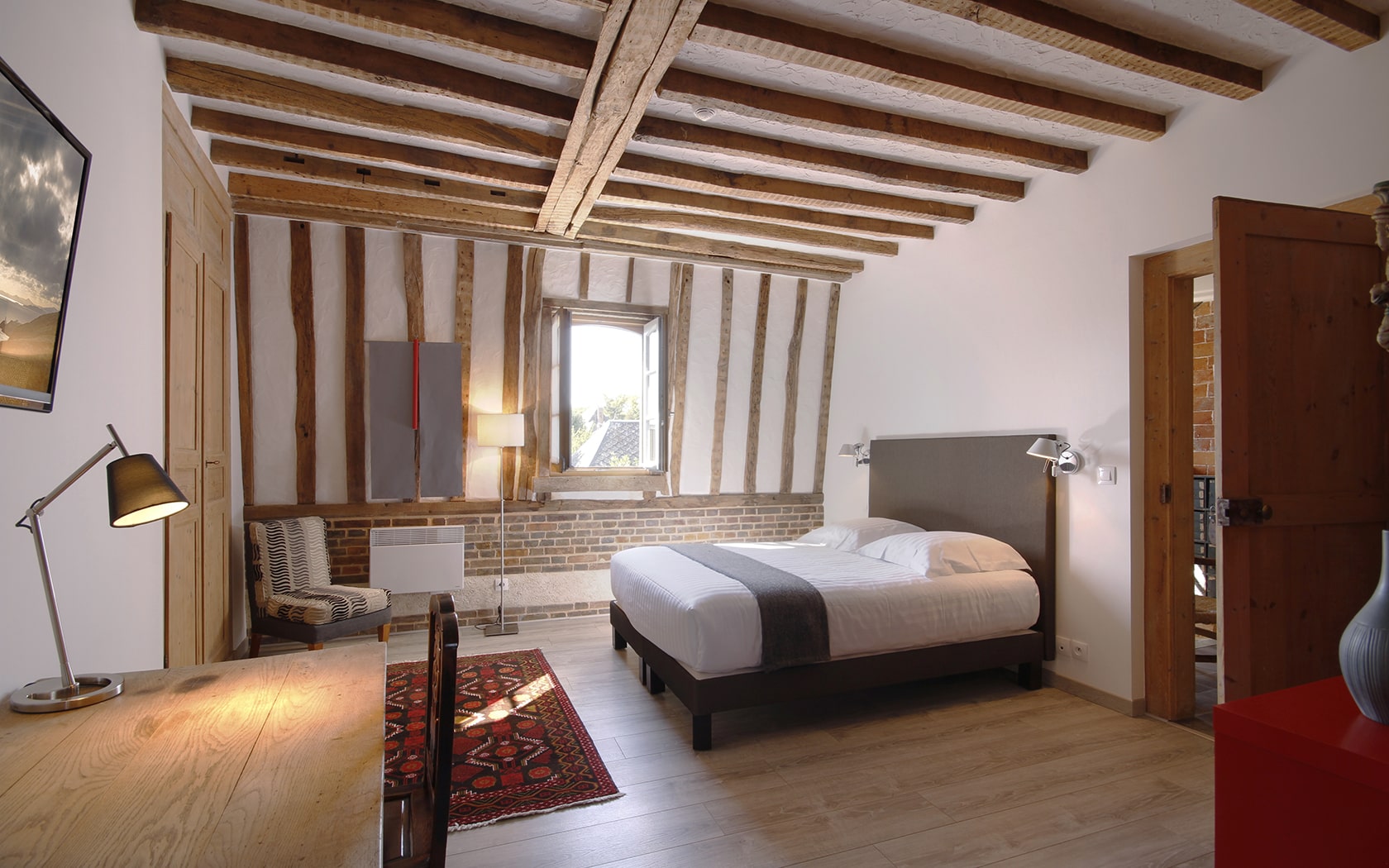 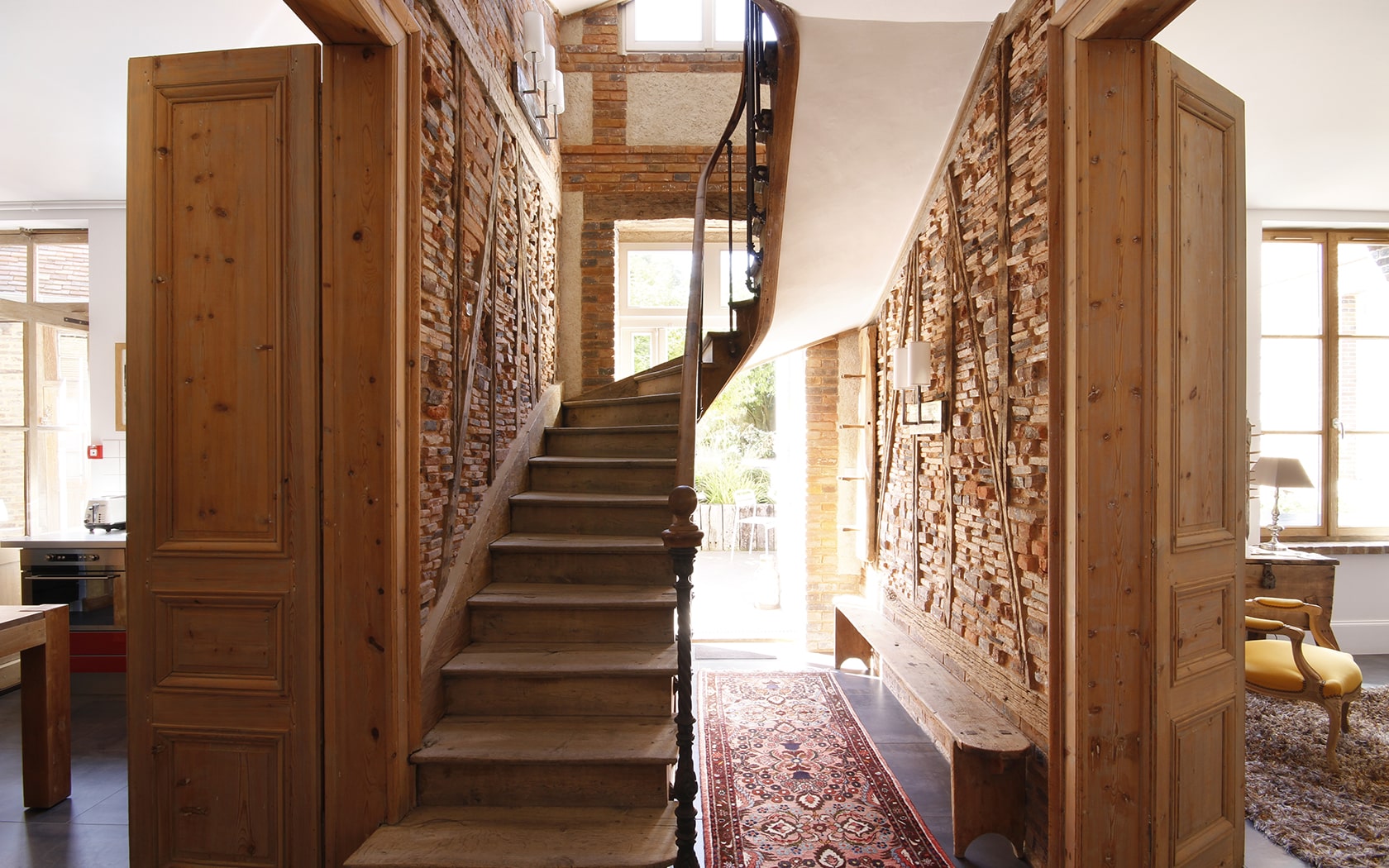 Made by Altelis | Legal notices

We use cookies to provide you with the best experience on our site. You can learn more about the cookies we use or disable them in settings.

This website uses cookies so that we can provide you with the best user experience possible. Cookie information is stored in your browser and performs functions such as recognising you when you return to our website and helping our team to understand which sections of the website you find most interesting and useful.

You can adjust all of your cookie settings by navigating the tabs on the left hand side.

Strictly Necessary Cookie should be enabled at all times so that we can save your preferences for cookie settings.

If you disable this cookie, we will not be able to save your preferences. This means that every time you visit this website you will need to enable or disable cookies again.

Some of the features of this site might be based on services provided by third-party sites.

Please enable Strictly Necessary Cookies first so that we can save your preferences!

This site uses marketing cookies, such as Google Analytics, to collect anonymous information such as the number of visitors to the site and the most popular pages.
More information about Privacy policy.

Please enable Strictly Necessary Cookies first so that we can save your preferences!